The father of USAID Senior Foreign Service Officer Alex Dickie, Alexander Dickie III, died at home in Austin on Nov. 17.  He was 94.  Alex was born on June 15, 1925, and lived on the Dickie Ranch, founded in 1900, in Throckmorton County, Texas.  He grew up in Woodson roaming the land and working with his father.  He was one of 17 first cousins.  When he was 13, the family moved to Denton, where his father was registrar at North Texas State College.  Alex attended Austin High for a year when his father was there finishing his PhD in Education.  He attended Texas A&M, graduating in the Class of 1946.  During college, he entered the Marine Corps as a 2nd Lieutenant.  He spent a year in China in the 1st Division, 5th Regular, 2nd Battalion.  He later earned a master’s degree in economics at North Texas State University. 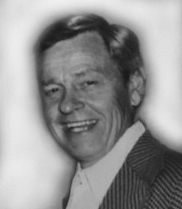 He married Marilyn Monroe of Denton on March 1, 1950.  Between 1951 and 1966, they had seven children.  They ranched and farmed in Denton County, where he also taught school.  He served as president of the Texas Farmers’ Union from 1955 to 1961 and as vice chair of the Democrats of Texas.  In 1961, the family moved to Washington, D.C., where Alex was Administrative Assistant to U.S. Senator Ralph W. Yarborough (TX).  He later worked in the administration of President Lyndon B. Johnson.  He was a life-long Democrat.  He was appointed by President Johnson to serve as Assistant Administrator for Legislative and Public Affairs, in the U.S. Agency for International Development (USAID).  In 1969, the family moved to Nairobi, Kenya, where he served as the Senior Agriculture Development Officer for East Africa (Kenya, Uganda and Tanzania) with USAID.  He later served as USAID’s Mission Director in both Sierra Leone and Guyana, returning to the U.S. in 1985.  He retired in 1990 after 35 years of government service.  In retirement, he farmed and ranched in rural Virginia and on the family land in Throckmorton County.  He lived by his principles, worked hard and was kind and respectful to everyone he encountered, including the horses he rode and the great family pets we had over the years.  He had grand adventures and fun as he went along.