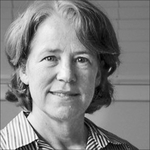 February 11, 2020 in Annemasse, France, after a battle with breast cancer brain metastasis. She was just shy of her 59th birthday. Beverly was born on February 20, 1961 in Saginaw, Michigan, the sixth out of seven children of Donna and William Youmans. She grew up in Michigan and Dunedin, Florida, spent a year as an exchange student in Medellín, Colombia, and graduated from Dunedin High School. She attended the University of Florida and graduated from George Washington University in 1984, and later earned an M.A. in English Linguistics from George Mason University in 1988.

She worked for a number of years in the humanitarian field for the U.S. Agency for International Development, both in Washington and as part of disaster relief teams in a number of countries, most notably in Bosnia during the war. Beverly stayed in Bosnia after the civil conflict, working for humanitarian agencies, and it was there that she met her husband, Daniel de Torres, originally from Barakaldo, Spain. In 1998, they moved back to Washington, D.C. where they married, worked in the humanitarian and educational fields, and started a family, welcoming son Martín on May 11, 2001. In 2008, they moved to the Geneva, Switzerland area, settling in the village of Etrembieres, France.

Besides her family and work, Beverly had an avid curiosity about the world and politics, loved languages (she spoke English, Spanish, German, and French) and travel.  Like her father and many of her siblings, Beverly had a head for real estate.

Beverly’s parents predeceased her. She is survived by her beloved husband and son, Daniel and Martín de Torres, both of Etrembieres, France. She is also survived by her six siblings, two brothers-in-law, many beloved nieces and nephews, numerous devoted friends, and a dog named Floyd–Bev’s first dog and a loving and faithful companion to her, particularly as she battled cancer.

Bev cherished her roles:  a wonderful soulmate to her husband and doting mother to her son; a professional woman, a committed humanitarian, a feminist, and an indefatigable worker. A celebration of her life was held on February 18, 2020 near her home in France; one in Michigan will be held at a later date.