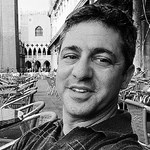 away on July 6, 2020. The cause of death was Glioblastoma.  Dan was born on December 16, 1966 in Silver Spring, Maryland to Jane Stoll and the late Edward S. Stoll. Besides his mother, he is survived by his brother Adam (Anita), and his three young children, Ethan, Jason and Margaret Ann, plus his nieces and nephews and his cousins. He is also survived by Mary Nguyen who he married toward the end of his life, and by his first wife Theresa Stattel.

Dan graduated from the University of Texas, and was a proud longhorn. In Austin he became a music enthusiast, a passion that stayed with him for life. Dan worked for the federal government in multiple capacities in a career spanning nearly three decades. Most recently, he worked at USAID as an Ethicist, where he cherished his friendships with many colleagues.  Dan travelled extensively and loved to plan trips for he and his family. Without doubt, Dan’s greatest pleasure was the time he spent with his three children. He rarely missed any of their events or activities.  Those who knew Dan well appreciated his sense of humor, his enthusiasm for doing whatever he took on, and the joy that he brought to their lives. In the time he was with us, he lived a very full life.

Private graveside services are being held at Judean Gardens Cemetery in Olney Maryland in a manner that complies with COVID-19 restrictions.  Contributions may be made in Dan’s name to the American Brain Tumor Association, 8550 W. Bryn Mawr Ave. Suite 550, Chicago, Illinois 60631-3225, or to Cure Glioblastoma, 578 Washington Blvd. #639, Marina Del Ray, CA 90292.