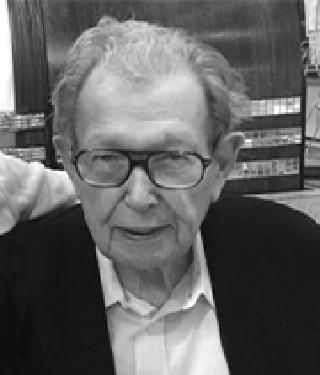 died peacefully at home in Chevy Chase House on March 21, 2020. Born on November 13, 1921, he saw tremendous changes during his 98 years.  Donald’s passion for medicine began at an early age, influenced by his mother Helen G. Murphy, a nurse in WWI. His father, Willard MacCorquodale who died shortly after his birth, served as an Army private in WWI. His parents met in a veterans’ hospital where they both were treated for tuberculosis.

Donald MacCorquodale received a B.A. in chemistry from the University of Denver in 1942, and an M.D. from the University of Colorado School of Medicine in 1945 where he was awarded the Samuel D. Gross Prize in Surgery. Later he earned a Master of Science in Public Health in 1969 at the University of North Carolina. His public health training cultivated his lifelong interest in epidemiology and biostatistics. After serving two years in the Navy, Donald became a general practitioner of medicine in Colorado Springs, Colorado for 15 years, where he “lanced boils, delivered babies, made night house calls, and held the hands of the worried well.” He had a remarkable bedside manner and was an excellent diagnostician.

He joined the US Agency for International Development (AID) in 1964 and served in Guatemala, Colombia, the Philippines, the Dominican Republic and AID/ Washington with temporary assignments in another 14 countries. In 1969, he earned AID’s Superior Honor Award. After AID, he worked in occupational medicine at Aberdeen Proving Ground in Maryland, the Civilian Employee Health Service of the Pentagon, Crater Health District in Virginia. He wrote about health and preventive medicine in a column “Notes Washed up in a Bottle,” published in the Richmond Times-Dispatch, the American Association for Public Health Physicians website and the DACOR Bulletin.