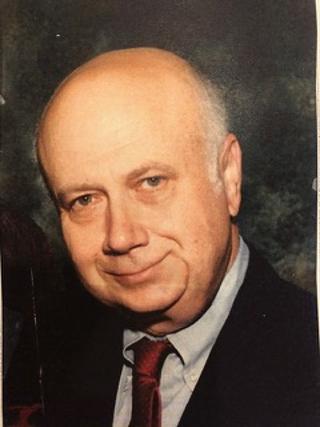 February 6, 2020 at home in Rockville; he didn’t want an obituary.  So, Eric, please consider this just a small celebratory note of thanks for a man with a remarkable life story.

There weren’t many like him, a Polish Jew, born in Krakow in 1930, who took the train with his mother across Germany in 1937 to England to escape the Nazis.  Pictures show him in suit and tie as a seven-year old British boarding school-boy.  It couldn’t have been easy starting from scratch with no English, surviving the London bombings (he said they were exciting), or landing in west LA for junior college looking—and sounding—like a young Alfred Hitchcock.  But in his memoir drafted at 85, he expressed no complaints. (Well actually, there were some, mostly about food.)

But, in fact, few things fazed him.  After finishing UCLA and George Washington, interrupted by a stint translating invoices for vehicle parts as a Korean War draftee in Rochefort, France, he joined the International Cooperation Agency.   He was sent off to evaluate the assistance program in Afghanistan, beginning a career with USAID which included tours in Morocco, Guinea under Sekou Touré and Katanga before it became part of the Democratic Republic of the Congo.  He was assigned to Nepal and became good friends with the legendary Boris, patron of the Royal Hotel’s Yak and Yeti Bar in Kathmandu, ran AID/Washington’s Nepal, Sri Lanka and Afghanistan Desk, and moved to Dacca (now Dhaka) as East Pakistan was becoming Bangladesh.  He left Dacca for a job in Policy Planning and time as a German Marshall Fellow.  Before a final tour in Morocco, he surprised friends who thought him a permanent bachelor at 43 by marrying Barbara (Bobbie) Waddington and taking on fatherly responsibility for her children, Denise and Richard.  Bobbie died in 2004.

Throughout it all, he maintained a healthy skepticism.  Above all, he was skeptical of power and authority and unafraid to question those who had it.  Most notably, as Provincial Mission Director for Pakistan in Dacca in 1971, he signed the Blood Telegram, the first cable to use the State Department’s new dissent channel, to protest Nixon’s “tilt toward Pakistan” and Pakistan’s repression of Bengalis.  (Eric’s courage and sense of justice are described well in Gary Bass’s 2013 book, “The Blood Telegram.”)  In a face-to-face meeting, Eric challenged Henry Kissinger three times, contradicting the Secretary and prompting Nixon’s exasperation at his inability to sack Eric immediately.  The framed picture of a scowling Nixon (on a shelf in Eric’s apartment) captures the moment and Nixon’s comment. The word bubble above Nixon’s head reads, “Eric, you sick bastard.” That, coming from Nixon, seemed to Eric a great compliment.

Eric loved books—as a seven-year old he worried to his father that he would run out of books to read.   After retiring from USAID, he dealt with that concern by buying and running for 15 years a (very) independent bookstore in Concord, New Hampshire, the Apple Tree Book Shop, with the motto “idiosyncratic and serious.”   The motto applied to him as well.  And one could add a number of other adjectives as well: “challenging, provocative, charming, kind, brilliant, opinionated, and puckish.”  As one friend said, “he was a great lover of food, art, literature, film, music, opera, and theater and rarely reluctant to share his well-articulated opinions on them–or anything else.”

He leaves a beloved wife, adventurous companion and patient partner, Jackie Boehme Griffel, and a multitude of step-children, grand-children, in-laws, and friends, grateful for his wit, wisdom, and a legacy of memories.