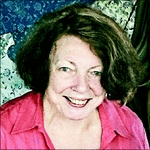 Jane was born on July 22, 1944 in Malden, Massachusetts. After graduating from Fisher Junior College in Boston, she joined the US Agency for International Development and performed tours of duty in the Sudan, Uganda and Nigeria from 1966 through 1970.

She moved to Washington, DC in 1970 and graduated from School of Languages and Linguistics at Georgetown University in 1973. In 1975, she became a lifelong resident of Arlington, Virginia. From 1981-1987 she was a Project Assistant at the Westinghouse Electric Corporation, Government Affairs Office.

Jane earned an MBA from Marymount University in 1988 and in 1999 a Ph.D. in Public Administration/Public Affairs from the Virginia Polytechnic Institute and State University. From 1995 through 1997, Jane was an instructor at the Washington Semester Program at Virginia Tech and also at Northern Virginia Community College. During this period, Jane worked to secure numerous student internships from federal, state, local and non-profit organizations. Dr. Misheloff returned to government service for several years at the USDA’s Foreign Agricultural Service (FAS) as an International Program Specialist from 2000 through 2006.

First and foremost, Jane was a wonderful and dedicated mother to Adrienne and grandmother (Nana) to Ezra and Sophia. Jane had boundless love for her niece, Taylor, and nephews, Dana and Jason.

Jane cultivated many close friendships. She had a clever sense of humor that would catch you off guard but endear her to you. She possessed a beautiful gift to relate to young people and had a positive and powerful influence on many lives.  Jane was a renaissance woman possessing an engaging array of knowledge, skills and passions with a relentless drive to add to her repertoire. Paramount in her later years were advanced language study, genealogy, gardening, writing and illustrating (publishing several books), decoy collecting, equine hospital volunteer work, horseback riding and supporting canine rescue efforts.

A Celebration of Life will be held at a date to be announced. Please direct contributions in Jane’s name to Mutt Love Rescue, PO Box 1005, Fairfax, VA 22038 or via PayPal to Adopt@MuttLoveRescue.org.