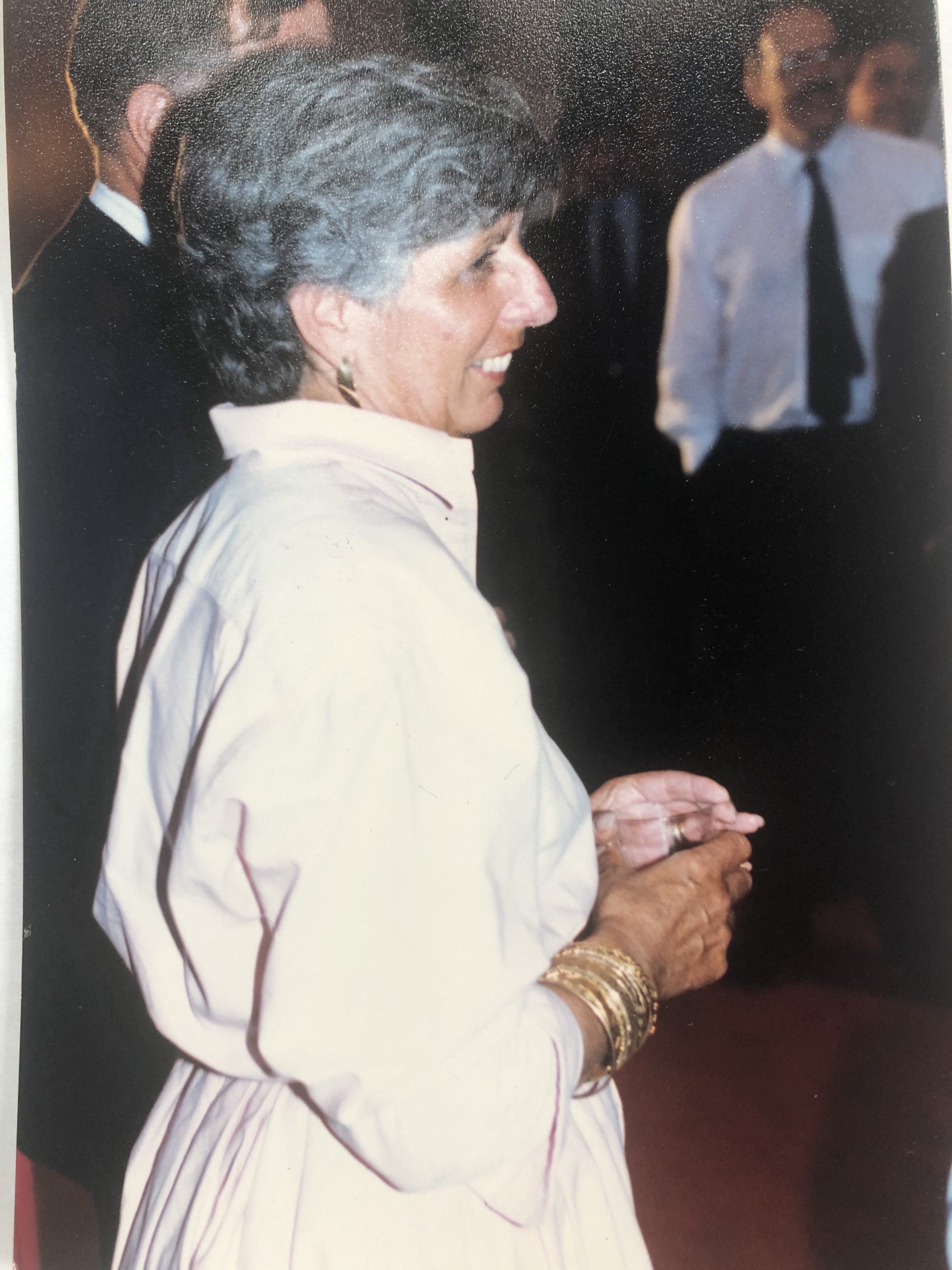 Love passed away peacefully on April 4, 2020 in Washington DC from complications of pneumonia and advancing Parkinson’s disease.  Marie was born in Farmington Connecticut on July 9, 1932 to Domenico and Josephine (Verardi) Mastrobattista, immigrants from Lenola, Italy. She attended Noah Wallace School, Farmington High School, and received a degree in business from Bryant College.  Upon graduation, she assumed a position in administration management with the Insurance Association of Connecticut.

In 1961 Marie joined the Department of State as a Foreign Service Officer with the US Agency for International Development. She served in Libya, the Philippines and Washington DC, moving into positions of increasing responsibility in personnel management.

In 1975 Marie married Alexander Love, a fellow Foreign Service officer. From 1979 through 1982, they deployed as a tandem couple to Nairobi, Kenya where Marie handled the administrative and personnel management for four separate USAID organizations.  In 1991, Marie accompanied her husband, Chairman of the Development Assistance Committee of OECD, to Paris, France.  In 1994, Marie and her husband retired from the foreign service.  After retirement Marie assisted in her husband’s international consulting business and the establishment of a nonprofit foundation assisting development in sub-Saharan Africa.

In addition to her beloved husband, Marie leaves behind her brothers, Alexander and Rocco of Farmington, CT, and an extended family throughout the United States, Italy and Scotland. Marie was predeceased by her brother John B. Mastrobattista of Farmington, CT.

A private prayer service will be held at Joseph Gawler’s Sons in Washington, DC followed by a funeral service for family members only at St. Joseph’s Cemetary in Plainville, CT.

Donations in her memory may be made to the Michael J. Fox Foundation and the Parkinson’s Foundation, EDF or NRDC.