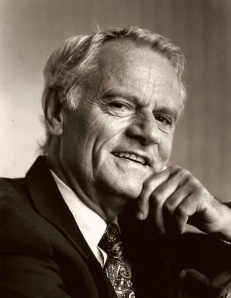 Our colleague Michael Richard Jordan died May 16, 2009. Michael was an ardent, effective advocate and activist for international development over a 45-year career that, with his wife Betty, began in 1963 with their Peace Corps service in Afghanistan. They then moved to Vietnam where he began work with USAID in 1966 as a Field Liaison Officer serving health needs of civilian war casualties. A pioneer within USAID in developing social marketing programs for family planning and primary health care, many in the Agency and contractor community knew Michael affectionately for his quick humor, intelligence, and innovative development programming. He was a mentor to scores of young USAID recruits both during his 30-year career as a Foreign Service Officer and later in new recruit training at the Foreign Service Institute. He served in India (twice), Bangladesh, Egypt, and Ecuador. In Bangladesh, he was responsible for USAID funding of the Cholera Laboratory in Dhaka, now known as the International Centre for Diarrheal Disease Research, helping oversee seminal work in the development of oral rehydration therapy – an intervention that has saved millions of lives. In Egypt, he developed the first USAID population and family planning assistance program after the resumption of U.S. and Egyptian diplomatic relations. Michael was born in Duluth, Minnesota, on October 3, 1936. He graduated from the University of North Dakota with a degree in pharmacy in 1958 and earned an M.A.in public health from the University of North Carolina in 1968. He retired from USAID in 1994 from Ecuador and became Chief of Party for a rural health and development project in Peru. After returning to their family home in McLean, Virginia, in 1999, Michael was a consultant on numerous international projects. He is survived by Betty, his beloved partner on all the overseas assignments, by his daughter Lisa and son-in-law Nick, and by his son Justin and daughter-in-law Kate and their children, Zachary and Piper. All are invited to Mike’s memorial service at Lutheran Church of the Redeemer, 10 a.m. Friday, May 29th, 1545 Chain Bridge Rd (at corner with Westmoreland) in McLean VA. After the service, we are invited to the Jordan home for refreshments – 6901 Lemon Rd., McClean VA, (about a mile from the church). We all loved Mike and miss him keenly.