Stephen Ives, Jr. died peacefully with his wife Jean Emery at his side on 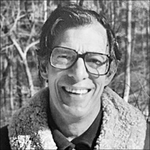 February 23, 2020 in Washington DC at the age of 95. Steve was born in 1924 in New York City to Stephen B. Ives and Ellen Gardiner Atwood. He was educated at the Groton School, Harvard University and Yale Law School. During World War II, Steve enlisted in the Army and served with the Order of Battle Section, G-2, Sixth Army, in the Philippines and Japan. He was commissioned in the field as 2nd lieutenant and was awarded the Bronze Star for his direct contribution to the success of the Luzon campaign.

Steve practiced law in Providence, RI, in the early ’50’s and became involved in Democratic Party politics there. He ran the Rhode Island campaign for Adlai Stevenson and then Claiborne Pell’s successful Senate campaign. In 1961, he moved the family to Washington. There he served in the State Dept’s USAID program as part of Jack Kennedy’s “New Frontier”. Under the Kennedy and Johnson administrations, he worked first on the Korea desk, Far East desk and then as General Counsel for the agency. After his government service, he was devoted to the legal profession, practicing international trade law in Washington with the firm of Wald, Harkrader and Ross.

Steve was a devoted family man, an avid tennis player, cribbage player and animal lover. He loved to read aloud — both poetry and prose. He also loved the coast of Maine and vacationed there for many summers where he could boat, chop wood, prune evergreens and birdwatch. He is survived by his loving wife, Jean Emery, his children Cathy Ives Cornell (Robert), Brad Ives (April) and Checker Ives (Sadri), his stepchildren Katrinka Choate, Christopher Choate (Cathy) and Valerian Choate. He is pre-deceased by two sons, Joshua Ives and David Ives. He is also survived by grandchildren, Willow Russell, Jack Ahmadi, Kylene Johnson, Rebecca and Adam Choate, as well his brother J. Atwood Ives, and many nephews and nieces. A memorial service will be held at a future date.