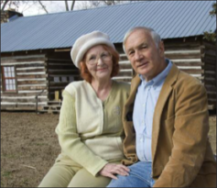 Thomas Ivers, a USAID agriculture officer, passed away on October 18, 2019 in Auburn, Alabama.  He is survived by Joyce, his wife of fifty years.  They had no children.  Tom attended the University of California (Santa Barbara) as an undergraduate student and joined USAID in 1970.  Their first assignment was Brazil, followed by a tour in the Dominican Republic.  After his second tour, he returned to school where he attained a PhD degree in aquaculture at Auburn University.  He then rejoined USAID with assignments in Sudan, Costa Rica and Guatemala followed by a teaching stint at Auburn and a final year in USAID/W.  He retired in 1993, moving with Joyce to northern Alabama, where they bought a 150-acre property and built their own home.  Tom also took up consulting work and focused significantly on local conservation programs, including starting the nonprofit Save Our Sagahatchee.  He was a big fan of Auburn’s football team and an avid fisherman in local rivers.  A few years ago, Tom had a stroke which led to gradual decline, but he still retained his great sense of humor.