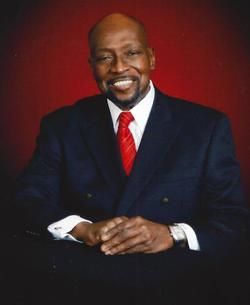 William Claiborne Darkins –known to colleagues as ‘Bill’ and to close relatives and close friends as ‘Claiborne’– was born in Petersburg, VA on March 20, 1947, the youngest child of the late William Henry Darkins and Anna Lee Watkins Darkins. On Friday, February 23, 2018, he transitioned to another life after a short illness.  He was the product of a strong willed and hardworking family and he made it his life’s work to give more than 100% in all of his endeavors. Faith was always the foundation of his existence.

Bill grew up in Petersburg as a young enthusiastic participant in the Boy Scouts of America achieving the rank of Life Scout and numerous Boy Scout achievement badges. His early education through high school was in Petersburg Public Schools where he was very active in Peabody High School choir and other activities, including leadership roles and membership in the National Honor Society. He graduated from Peabody High School in 1965.

Bill entered Howard University in Washington, DC and graduated in 1969 with a B.A. degree in Economics. After college, he worked in several programs at the University of District of Columbia before joining the U.S. Agency for International Development (USAID) while also earning another degree from George Washington University. He was a world traveler dedicated to helping people in developing countries.

USAID sent him to various places throughout Africa, the Middle East and Washington, DC.  At headquarters, he directed and supervised challenging programs in a portfolio focused on West Africa, the Sahel and Egypt. In May 1990, Bill earned a Master of International Public Policy from The Paul H. Nitze School of Advanced International Studies at the Johns Hopkins University in Baltimore, MD. Serving for 27 years as a skilled and versatile foreign service officer, Bill was an energetic and effective team leader with proven ability to successfully manage complex programs in diverse cultural environments.

While Bill grew up in the Baptist church, he was confirmed at the National Cathedral in Washington, DC. Later, he joined the Trinity Episcopal Church in Washington, DC where he actively served in various ministries including the male chorus, welcoming new members to the parish and assisting with revival preparations.

He loved to read the Washington Post Newspaper, as well as professional and educational magazines.  He was kind, caring, cooperative and loved spending time with family and close friends.  He is survived by his two sisters, Geraldine Darkins Simmons (Grover) of Decatur, GA and Joan Darkins Smith of Laurel, MD; a nephew, Joseph Smith of Laurel, MD; a niece, Sylvia Smith Evans (Mark) of Lanham, MD; numerous cousins in Richmond, VA.