Calling all alumni of USAID/Kenya

Donatella Lorch writes that she is helping USAID Kenya organize and coordinate its 50th anniversary in Kenya. The plan is to make a 20 minute film recording USAID/Kenya’s history as well as its present and future. Donatella is eager to hear from USAID alumni who served in Kenya since operations began there in the 1960s. She is interested in oral histories as well as any pictures of people and projects. You can reach Donatella at lorchd@gmail.com or http://www.donatellalorch.com , or on her cell phone: +254 700718646.

Rie Yamaki has asked for help in reaching former USAID/Korea staff and others who served in Korea between 1950 and 1980 who may be able to donate photographs or other materials of interest to Korea’s new National History Museum. The former site of USAID/Korea in Seoul is being renovated to house the new National History Museum and Ambassador Stephens in Korea hopes to donate some materials relating to USAID’s past work in Korea to the museum’s collection. Rie notes that it’s a great opportunity to highlight USAID’s successful development cooperation with ROK, as Korea hosts the next High Level Forum on Aid Effectiveness in November 2011.

On a separate note, the Korea Development Institute (an influential NGO founded with USAID’s assistance) is holding a conference in October 2011 to commemorate its 40th anniversary. They would like to invite a USAID/Korea veteran from the 1970’s to this event, and would appreciate assistance in making contact. You can reach Rie at yamakirx@state.gov, USAID/Tokyo or John Beed (beedja@state.gov), USAID/Tokyo.

Gerry Cashion is now living in Venice, Florida, and would like to connect with other USAID alumni in the area. You can reach him at gerrycashion@hotmail.com. 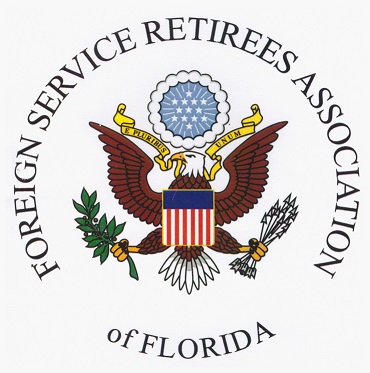 The Foreign Service Retirees Association of Florida, founded in 1982, is one of the oldest and largest statewide organizations of foreign service retirees in the United States. FSRA is designed to enhance the camaraderie and friendship of members and guests, as well as increase public knowledge of the Foreign Service and international affairs in part by providing guest speakers to educational institutions and other groups. FSRA also sponsors semi-monthly luncheons between September and May at locations throughout the state with speakers on topics related to foreign affairs. The Association has over 250 members and welcomes retirees from the Department of State, USAID, Peace Corps, as well as anyone who has served overseas as a representative of a U.S. government agency, including a branch of the Armed Services. Currently, we have over 40 USAID retirees from all over Florida as members. We welcome our USAID colleagues to visit our website to learn more and to become members.

You can explore the FSRA website at  www.foreignserviceretireeassociation.org.  Also, our colleague Frank Young–also a member of FSRA–can field questions you may have about the organization.  He can be reached at fyoungbethesda@aol.com.