2015 AGM Theme:  The theme for this year’s AGM was: “Building a new consensus for development and the role of foreign assistance.”

The selection of this theme evolved from discussions over several months among UAA Executive Committee members, senior USAID staff and our host, CGD.  All considered this topic timely.  The objectives of the program prepared for the AGM were to:

Agenda:  See Attachment 1 of this report.

As in prior years, the meeting was organized around a set of panel discussions. (Panel composition can be seen in Attachment 4) 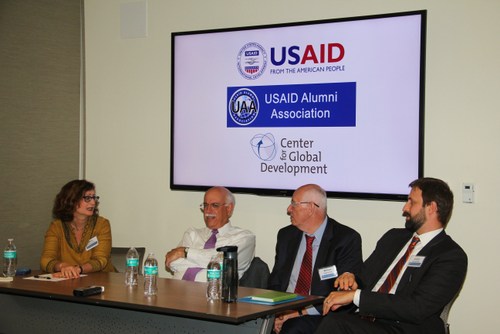 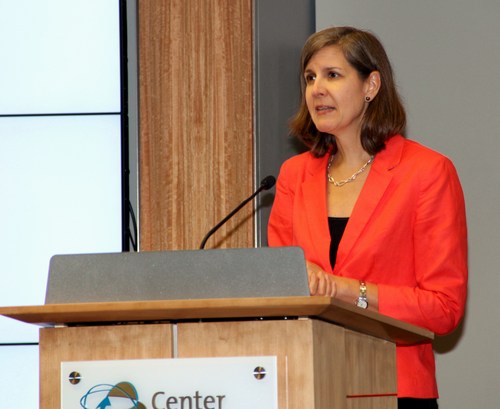 UAA business:  There were three items of business taken up with the UAA membership at the AGM:

The AGM offered an opportunity to focus alumni attention on accomplishments of the UAA since the last AGM and to build upon and to consider UAA programs, activities and membership over the coming three years.  These are summarized in the draft September 2015 “Report to Members on Activities in 2015 and on Proposed Activities in 2016 – 2018 to Achieve Progress Toward UAA Strategic Goals.”

The UAA strategic plan for 2016-2018 will be produced by January 2016 with the benefit of guidance from the new UAA Board and input from members.  AGM attendees were asked to send suggestions or comments as part of a survey to be sent out on/about December 1 by the UAA Executive Committee. The final plan will then be considered by the UAA Board for approval as the UAA strategic plan for the next two years, along with the UAA’s 2016 budget. 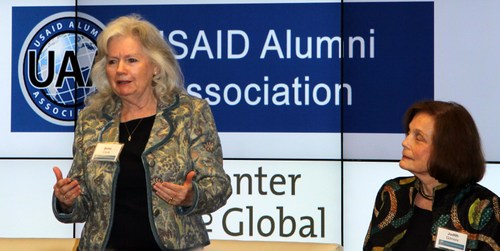 The award and summary descriptions of the work of the two winners are detailed in Attachment 3.

The UAA Awards Committee asked all alumni to be thinking about this recognition as they observe the work of their fellow alumni.  Comments and suggestions for next year’s awards cycle should be sent to awards@usaidalumni.org.

Elections for five of the seven Board seats took place electronically in the weeks preceding the AGM and in-person at the AGM.  Ballots were cast (electronically or in person) by 159 members (a 56% participation).  The results were announced at the AGM afternoon session.  The Board terms begin immediately after the AGM.

The newly elected or re-elected Board members will join Board members David Cohen and Nancy Pielemeier, whose terms expire in 2016.  The seven Board members will select the UAA officers for the coming year (two co-chairs, a secretary and a treasurer) among themselves and announce their decisions to the membership as soon as possible.  The new Board will also designate co-chairs of the several standing committees of the Association (Public Outreach, Strengthening USAID, Development Issues, Membership, Finance and Administration).

UAA members were urged to consider running for a seat on the Board next year and to participate actively in one or more of the UAA committees.  The continuity and effectiveness of the Association depends on the voluntary efforts of its members through service on the Board or within the standing committees of the UAA.

Social activities:  The AGM also served one of the key objectives of the UAA: to provide opportunities for alumni to stay in touch with former colleagues. In addition to the AGM, the UAA makes available opportunities through the website, registered alumni directory, receptions, development dialogues and other programs throughout the year, and other events.  The AGM provided ample opportunities for the attendees to mingle before and after the event, as well as at lunchtime.

Role of the Annual General Meeting:  The seventh Annual General Meeting (AGM) of the USAID Alumni Association (UAA) was held on Friday October 23, 2015. The UAA Bylaws provide that “regular annual meetings (of the Association) will be called from time-to-time” and that “a quorum for any meeting of the membership shall consist of either ten percent of the total number of members or 50 members, whichever is less.”

Attendance:  As of Thursday, October 22, 2015, the number of UAA members was 286. The 2015 AGM was attended by 91 of the 116 alumni who RSVP’d.  This attendance reflects a participation rate of almost 32% of the membership. In addition, attendees included a number of USAID alumni who have not made the recommended financial contribution for 2015 and, therefore, are not UAA members.

In addition, the AGM enjoyed the participation of six invited young professionals from USAID, a number of participants from the Center for Global Development (CGD) (which hosted the event), and the following special guests and panelists: